The pandemic may have slowed the housing market to a crawl, but Denna Homes has discovered there’s still an appetite for a reasonably priced condo in the right location.

New high-rise condos don’t come along too often in West Vancouver, which is one of the region’s pricier postal codes. That reason alone might be why Denna’s 26-storey The Sentinel condo project at 303 Marine Drive — bounded by the District of North Vancouver but still within tony West Vancouver — has seen robust sales amid a pandemic.

After launching sales in mid-April, the developer sold about 50 of the 66 units it had released, after just a few weeks — enough to begin construction ahead of schedule. Prices are averaging around $1,380 per square foot.

The team has since released the remainder of the strata units before the multi-million-dollar presentation centre is demolished, to make way for site work.

By mid June, Denna had sold about half the 122 strata units in the building.

Why The Sentinel bucks trend in Metro Vancouver

The company believes it’s the fastest-selling project in Metro Vancouver since the beginning of the pandemic.

“Lots of people were waiting for this property,” said Abo Taheri, managing partner of Denna Homes. Taheri is one of five partners who started the nine-year-old company, which has a staff of 10.

“They like the school, it’s close to Park Royal. And it’s close to Ambleside, but it doesn’t have the prices of Ambleside,” he said, referring to the municipality’s official town centre, which has condominium buildings and a concentration of detached housing. “These are all the reasons we thought Sentinel would be successful, and we were right. It was successful even in the toughest situation of COVID-19.

“We followed all the rules and regulations of COVID-19 and we still managed to do lots of presales. I always told my partners and my team that Sentinel is a really different product.”

Residential sales dropped in May nearly 44 per cent year-over-year, according to the Real Estate Board of Greater Vancouver.

Other than location, the building’s one-bedroom units might have played a part in the Sentinel’s unusual presales spike.

The company had inherited the design when it bought the property from Darwin Properties, which had rezoned the former Earl’s restaurant site.

Denna Properties had received approval earlier this year to change the floor plan and add 35 more units, bringing the total to 176. The project includes 48 rental units and six units of non-market housing.

The company wanted to change the configuration to add smaller units, without adding to the floor space or height. Taheri says the re-design cost them, but it was well worth it now that he’s seeing the momentum of the presales, against all odds.

“You see the result in being able to sell 50 some units in less than four weeks, because the unit plans and sizes are acceptable and affordable. And that’s exactly what I said to council before they approved it.

“I said: ‘We don’t earn any more, we even lose some money, but time-wise we are able to sell them faster because (buyers) like smaller units and they like to be in West Vancouver.’ So the absorption helped, not the revenue.

“We wanted to target the families who could afford these types of units. So it’s not just about absorption, but targeting the right segment of the market. We knew that lots of families come to Canada and like to live in that area, but they can’t afford $3-million units or $4-million units, so we wanted to make them more affordable for people to be able to buy and live there.”

Dan Thomson, vice-president, marketing, says the sales, which aren’t all confirmed, reflect that it was worth the extra expense.

“It’s a bit of an ebb and flow till everything goes firm,” he says of the sales, “but that over-50 mark is a real number that we are really quite excited about considering when we did the sales.”

He said his company makes a point of adding one more elevator than is required – which might cost it about $1 million to add and also means up to $5 or $6 million in lost floor space.

Taheri said it’s these features he considers “luxury,” and not the finishings alone.

The Apex is part of an ambitious, massive 790-unit, three-tower complex called Seylynn Village on Mountain Highway, which includes the Beacon and the Compass towers. The Apex is still under construction, with the foundation and two-level parkade built.

Part of the physical complexity of the Apex project involved adding a Keith Road extension to the Fern Street overpass to smooth traffic flows coming off the Iron Workers Memorial Bridge.

As well, there were water level issues with the foundation that had to be resolved. The company elected to forge ahead and start construction without waiting for presales for financing.

Then, in January, tragedy struck. A Ukraine International Airlines flight was shot down by mistake shortly after taking off from the Iranian capital Tehran, killing everyone on board, including Taheri’s nephew, Daniel Saket. Saket had worked alongside his uncle as an engineer at the company.

In addition to Daniel, Taheri knew others on the plane: “Most of the people who went overseas to visit their families, they were mostly people in the community who only had two weeks off over Christmas.

“Daniel was a top engineer and not because he was my nephew. He was such a smart person. For his age he was very successful, I don’t mean financial-wise, but the level of education, his knowledge.

“He could participate in any kind of scientific conversation. He was very good. We all miss him a lot.”

The tragedy, combined with COVID-19, has made for a difficult year for Denna, but Taheri said he’s always been the type of person to forge ahead.

He and his wife have moved from their Coal Harbour condo into a penthouse at Compass, and Taheri says he regularly greets residents in the elevator and listens to their feedback about the building.

Denna is a key player in the transformation of an otherwise modest North Vancouver neighbourhood, where older commercial buildings have dominated for decades. The company is in the rezoning phase of another major project to the south, Seylynn Gardens, a proposed combination of condo, rental and retail.

Taheri hopes to launch presales for the Apex within the next six months, but he wants to give the project some time to recover from what has been, so far, a very challenging 2020.

“I hate to say it’s one of our best iconic projects — even better than the ones we’ve done — but because of COVID-19, I don’t know how successful it’s going to be, so I would like to wait till we get closer to the end of all these disasters.”

Kerry Gold has spent more than a decade as a full-time freelancer, writing a weekly real estate and housing column for the Globe and Mail. She also writes investigative pieces for the Walrus, and has written for many other publications, including MSN, Yahoo, Maclean’s, MoneySense, BC Business, the Toronto Star, L.A. Weekly and Variety. She spent the first decade of her career at the Vancouver Sun as a music critic and reporter. She also writes books on business, music and food. 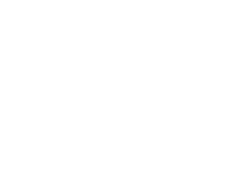